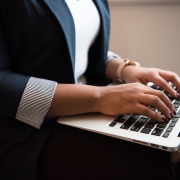 An employer became a defendant in a civil rights lawsuit after being accused of promotion discrimination based on sex by a former female employee. Upon direction from federal court each party was given a schedule to collect and submit exhibits, material discovery and names of witnesses as evidence for the purposes of defending or proving their case.

During the ‘discovery’ period each party interviewed potential witnesses and collected material evidence such as memos, notes, letters, personnel file information, photo and electronic data including emails and call history. The search for evidence was extensive and time consuming.

At one point in the case the plaintiff was engaged in a casual phone conversation with a potential witness about how to prove her credentials were substantially superior to the male employee that was hired into a position for which she was denied the opportunity to compete. On the phone call the plaintiff voiced frustration that the president of the institution appointed the male using what the institution called “Presidential Proclamation” to make the hiring decision.  Presidential proclamation was the employer’s defense for not considering anyone other than the male candidate whom the president of the institution identified. The plaintiff had asked to compete for the job because of her deep experience performing similar, or same work. Her peers and her supervisor had raved about her effectiveness. The plaintiff had a highly successful track record as defined in her performance evaluation.

The conversation with the witness took a marked turn when the witness stated that the new male employee did not have the expertise, experience or knowledge required for the position based on easily discovered information on the Internet.  The witness said that the Internet listed the candidate’s work history outlining a background that was different than what the employer provided to their attorney.  In the matter of one click, the plaintiff found several official news releases and announcements that contradicted the statements made by the defendant. The Internet contained information from a previous employer of the male candidate as having less experience than the female plaintiff.  The male candidate’s true work experience was only a “click away” for the plaintiff. After reviewing the information retrieved from the Internet, the plaintiff realized she found proof to vindicate her story. She redirected her search for evidence by using the Internet and ultimately turned up more information vital to her case. In this civil rights lawsuit, the easy availability of information published on the Internet proved timely for the plaintiff, and sank the position of the defendant.

The moral to this story? Defendants and plaintiffs should check the validity of their position electronically against information on the Internet before and after they hire a law firm. Failure to do so can be costly.